The Next Big Thing continues.... 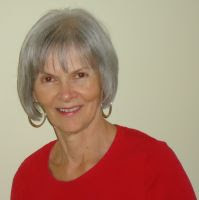 It's my turn today! On Monday, Mary Jane Maffini took The Next Big Thing challenge. Today, it's Erika Chase on board! I was invited to take part in this blog circle by my good friend and fellow mystery writer Barbara Fradkin. It’s sort of a ‘tell five friends’ thing. These questions funneled down from our friend Vicki Delany. You can find Barbara over at www.typem4murder.blogspot.com and Vicki at www.klondikeandtrafalgar.blogspot.com.


The Next Big Thing:


What is your working title of your book?
The third book in the Ashton Corners Book Club mysteries is titled COVER STORY and it’s due out early next fall.

Where did the idea come from for the book?
My often-overactive imagination. I’ve been wanting to introduce a ‘colourful’ Southern gal to the mix and I think I’ve found her in Teensy Coldicutt, an old school friend of Molly Mathews who returns to town after many years away, having written her first novel, which she describes as a modern Gone With the Wind. When asked what she’s done about the civil war component, Teensy states she’s compensated with a lot of steamy sex. (Don’t worry….she never reads from these scenes!)

What genre does your book fall under?
Cosy mystery.

Which actors would you choose to play your characters in a movie rendition?
I’d love a slightly younger (sorry, Sandra) Sandra Bullock to play Lizzie Turner, the teaching specialist who starts the book club and is the main character. Still casting for Lizzie’s love interest, Police Chief Mark Dreyfus. I see Candace Bergen as Molly Mathews and Nicholas Campbell would make the perfect Bob Miller.

What is the one-sentence synopsis of your book?
The upcoming book launch of Teensy Coldicutt’s first novel unleashes a plot to steal the books, leading to assault, murder, counterfeit money and general mayhem for the Ashton Corners Book Club sleuths.

Will your book be self-published or represented by an agency?
The publisher of the series is Berkley Prime Crime, part of the Penguin Group. I’m represented by Bookends Literary Agency.

How long did it take you to write the first draft of your manuscript?
I’m on a nine-month deadline with each book so I’d probably say it took about 5 months for the first draft. Or so.

What other books would you compare this story to within your genre?
Books by fellow Berkley authors Mary Jane Maffini, Janet Bolin, Victoria Hamilton – all Canadians, too!

Who or what inspired you to write this book?
My contract. And, as I mentioned earlier, the desire to create a colourful new character.

What else about your book might pique the reader's interest?
Each character presents his or her own reading list, offering possible new suggestions for the reader. If you enjoy mystery books, this is the book club for you!

We’ve been asked to link to five other writers but, writers being writers, most are busy writing. I’d love you to visit Victoria Hamilton’s site, though. It’s at http://www.victoriahamiltonmysteries.com. Enjoy this new cosy series!