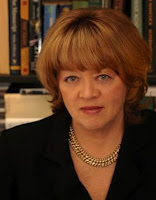 “In a lot of ways, the greatest marketing tool we have in publishing – and probably that will never change – is word of mouth.” This statement on the NPR Book Blog comes from Heather Fain, Marketing Director for Little Brown & Co., so she knows whereof she speaks.

In a village, a tribe, or indeed any circumscribed community, word of mouth is a primary communication tool. Without it, Miss Marple would never have solved the alarming frequency of crimes in St. Mary Mead. Especially when it comes to new authors, the challenge is to foster “word of mouth” so that it spreads beyond a small circle into the wider community of readers. If you only had to sell your book within your town it would be a slam dunk. One book club would do the trick. But how is this achieved when you’re talking about nations, continents or even globally?

Fortunately we have some gaudy new tools whose raison d’etre is the very definition of word of mouth. Facebook and Twitter. When launching The Witch of Babylon I found Facebook particularly helpful. But only for one reason. The great good fortune of friends, relatives and other writers who generously shared news about my book. Facebook and Twitter are flooded with promotions now, and this has probably diluted their effectiveness, although they remain useful allies.

I’d thought of word of mouth as being principally focused on readers telling other readers about your book but when looking into the topic, learned that it begins much earlier on the publication arc. You may have a literary agent who initially talks the book up among industry colleagues. And publishing house staff who are enthusiastic about your novel and talk about it set the ball rolling in a major way. This is otherwise known as creating buzz. Marketing staff make strategic decisions about which ‘influencers’ to pitch in the hope their enthusiasm will catch fire.

Choosing those influencers carefully can deliver great results. One story concerns a novel we’re all now familiar with – The Red Tent – that had a slow start. Within four years it emerged as a huge bestseller. A key factor in the book’s success was word of mouth – the author wisely sent many copies of the book to influencers – in this case, Christian ministers, Indie booksellers and Rabbis - whom she correctly believed would love the book and spread the word.

Today we have Amazon and Indigo reviews, Goodreads, LibraryThing, Shelfari and a host of other enablers to help us. The rise of book clubs has been another great boon. Word of mouth has never had such a wealth of opportunities to get us started. The challenge is, deciding which are best targeted to the character of our book.

In Canada, D.J. McIntosh’s first novel The Witch of Babylon hits bookstores and online retailers as a mass market paperback, today. It will be released by Forge in the United States this fall. Any help to “spread the word” would be greatly appreciated. 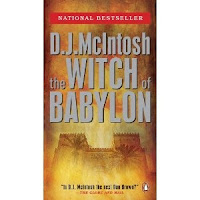 D.J. (Dorothy) McIntosh’s debut novel The Witch of Babylon was first published by Penguin Canada in June 2011 and will be released by Tor/Forge in the United States in October 2012. It has been sold in twenty countries around the world. The novel was chosen by Amazon.ca as one of the top five mystery/thrillers of 2011 and by CNN International as one of six enduring historical thrillers.

Dorothy divides her time between her cottage on the shores of Lake Huron and Toronto where she indulges in two loves: live music and museums. She’s a strong supporter of Reporters Without Borders and the Committee to Protect Journalists.