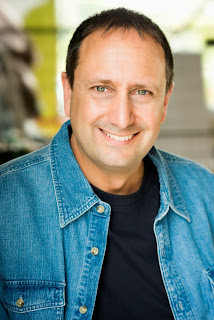 Being purposeful, pursuing passion, and holding oneself accountable are critical traits every author needs. Without them, how could a book ever be completed, never mind revised, edited, and polished until ready to publish?
Thinking about my writing career sends me well beyond the authors I enjoy and admire. The energy I bring to it is rooted in creativity and a love of storytelling, but the discipline and sense of direction leverages things I learned while running a digital media company. I could list a slew of people from that part of my life and most of them would be unknown to readers here. They’re people whose passion for their own businesses, charities, and lives made me want to dig deep and commit myself to the writing I’d always expected to eventually do.
As for authors? Too many for a blog post, but Thomas Hardy, Sinclair Lewis, Carl Hiaasen, Kurt Vonnegut, Gregory Mcdonald, John Irving, and a lot of Margaret Atwood have inspired me to hone my own voice.

The sequel to Stinking Rich is similarly set in the Kawarthas and there’s a bit of character carry-over. This time out, it’s a bible camp gone bad.
I’m also working on a collection of short stories and some novella-length pieces. The novel takes precedence, but part of my goal is to be releasing new material frequently enough to satisfy readers who find me early on. Coming out with a novel every year or so isn’t likely to accomplish that on its own.

3. In what ways is your main protagonist like you, if at all?

He isn’t. Danny Grant has a couple experiences that are drawn from my life. Thankfully, it’s the stupid mistakes and not the things that could land a guy in jail. But the same could be said of Perko Ratwick, Judy, and even Skeritt. And I’m neither a biker nor a tie-died enviro-barbie, nor a hermit (though it’s tempting some days).

4. Are you character drive or plot driven?

My readers tell me I’ve written a page-turner that kept them up nights needing to know what happened next. I loved hearing from someone this past week that she had consumed Stinking Rich in three sittings. I guess that’s about plot.
But they also tell me the characters—whacko though they may be—are real and to them. And they certainly are to me. I spend a lot of energy on how they act in given situations. I’m as amused by them as I hope my readers are—especially when they go off script and do things I didn’t expect.
The large cast and the twisted plot line make Stinking Rich a complex braided tale. But if I’ve done my job right, at the end of the day, it’s still a beach read.

5. Are you a pantser or a plotter?

I start out at as a pantser, but the plot has to make sense to me, so somewhere along the way, I start working a spreadsheet and winding everything together. Even when I’m going full-speed, in the zone, chasing a scene, I’m constantly taking notes on other parts of the story that need elaboration or fixing as a result of whatever’s net new. I guess that’s pantsing, but it winds up pretty tight.

6. What do you hope readers will most take away from your writing?

Entertainment. A good laugh or two. And maybe a peek into a life that is something they’re curious about, even if they’d never want to be there in a million years.

Ten novels in and several times that many short stories and novellas. There’s a lot of stuff in my head that needs to find its way out. The thing is, the more one writes, the more that seems to stir up more ideas. Can you telling I’m loving it?

8. What is one thing your readers would be most surprised to know about you?

Something printable? How about that I spent a summer as a missionary in northern Ontario? That bible camp gone bad thing? It’s not based on my experience, but I think there’s room for me to explore how some people are able to contort organized religion.

A lot of what I read is crime fiction, but as you can tell from the list above, I read more widely than that. One of my favorite authors today is John Burdett. I’m about three books behind in his series, only because I save his novels and savor them when on vacation in the country. I really don’t want to be distracted at all when I read my favorite authors. And that’s a state I haven’t know much these past two years.

What could possibly go wrong if backwoods bikers hire a high school dropout to tend their marijuana grow op? Plenty, it turns out. 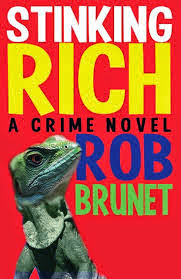 Rob Brunet’s 2014 debut, STINKING RICH, asks What could possibly go wrong when bikers hire a high school dropout to tend a barn full of high-grade marijuana? His short crime fiction appears and is forthcoming in Ellery Queen Mystery Magazine, Thuglit, Shotgun Honey, Out of the Gutter, Noir Nation, and numerous anthologies. Before writing noir, Brunet produced award-winning Web presence for film and TV, including LOST, Frank Miller’s Sin City, and the cult series Alias. He loves the bush, beaches, and bonfires and lives in Toronto with his wife, daughter, and son.
Find out more at www.robbrunet.com or on Facebook here.