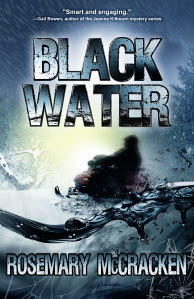 After her debut in Safe Harbor last year, Pat Tierney is back. This time, she’s immersed in Black Water. Just released as an ebook on Amazon today and due out as a paperback shortly, Black Water takes Pat into Ontario cottage country where she opens a new branch for her investment firm and finds herself untangling a web of fraud, drugs, bikers and murder.

Pat’s work as a financial advisor has taught her that money isn’t about figures on a spreadsheet. Money is about people—the young couple saving for their first home, the elderly couple worried that they may outlive their savings.
As a financial advisor, Pat needs to know what’s is going on in her clients’ lives to ensure that they’re in suitable investments. She knows which clients have health concerns. She knows how much money they have—or don’t have. And who they plan to leave it to when they die. This insider knowledge gives her an edge as an amateur sleuth.
And she knows that some people can never have enough money, and that this kind of greed is a powerful incentive for theft, fraud and even murder.

Pat is particularly well positioned to spot white-collar crime. The world of finance provides opportunities for people who are clever and greedy enough to challenge the system. In Safe Harbor, red flags go up for Pat when a rookie advisor is given a large investment account to manage. When Pat looks more closely at that account, she sees that a sizeable part of its assets in invested in slowpoke stocks. Things don’t add up. And when thing don’t add up for a financial professional, something is very wrong.

In Black Water, Pat learns that money has gone missing from client accounts at a rival firm, and an elderly man whose sister has been one of the victims has been murdered. Was he killed because he discovered who was behind the fraud? Pat is determined to put the pieces of this puzzle together. The more she delves into the goings-on in a seemingly idyllic rural community, the closer she comes to a long-buried secret and its fatal consequences. 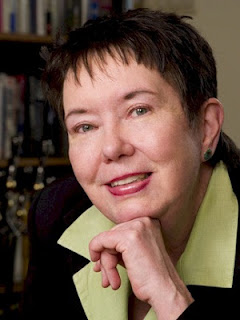 Unlike Pat Tierney, Rosemary McCracken is not a financial professional. Why did she build her mystery series around a character who makes her living managing people’s money?

Well, Rosemary knows a little about the work Pat does. She’s a Toronto journalist who specializes in personal finance and the financial services industry. For her articles, she talks to financial advisors and investment managers. She attends their conferences. She knows the issues they face and the concerns they have. At one point, she considered becoming a financial advisor herself, but decided that she wouldn’t have the stamina. She knew she’d have sleepless night during down markets, and markets have been murder in recent years. But when she set out to write a mystery series and was looking for a central character, an investment advisor was the first thing that came to mind. Pat is an advisor who cares about her clients. She’s a champion of small investors. She’s the one who has sleepless nights during down markets.

Rosemary’s first Pat Tierney novel, Safe Harbor, was shortlisted for Britain’s Crime Writers’ Association’s Debut Dagger in 2010. It was published by Imajin Books in 2012. Its sequel, Black Water, has just been released as an ebook, and the paperback will be available next month.
Visit Rosemary’s website at http://www.rosemarymccracken.com/.
Follow Rosemary on http://rosemarymccracken.wordpress.com/. And on Twitter at https://twitter.com/RCMcCracken and on Facebook at https://www.facebook.com/rosemarymccracken?ref=tn_tnmn.
http://www.amazon.com/Black-Water-Tierney-Mystery-ebook/dp/B00CWF2X8S http://www.amazon.ca/Black-Water-Tierney-mystery-ebook/dp/BODCWF2X8S